We spent two days of our summer camp in the Cairngorms, exploring the local area and going wild camping. This is the third post in our summer camp blog, so to catch up on what has happened so far, check out our Loch Lomond and Glen Nevis posts. Make sure to also keep an eye out for the last post, all about our escapades in Edinburgh!

This morning was surprisingly one of the most relaxed we had had on camp so far. As so much of wild camping is reliant on weather, especially in the Cairngorms, we had decided to wait until the morning before deciding on teams and plans for the next two days. Three teams decided to brave the plateau, despite the warnings of extremely varied weather conditions. The rest of the Unit was to stay at camp. After we had decided on a plan, the action began; shopping trolleys were loaded with obscene amounts of carbohydrate and rucksacks were packed with kit, before we finally set off into the hills, each person wrapped in as much waterproof material as they could find. 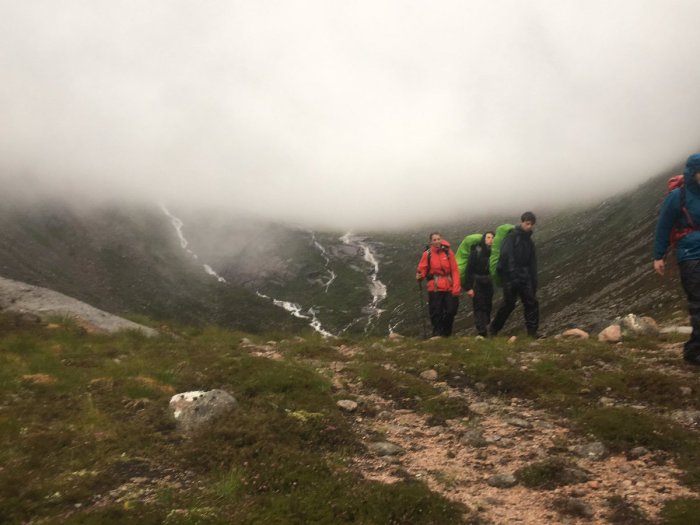 The warnings about the changeable conditions didn’t do them justice – five minutes into the hike the same rain that had tried its very hardest to penetrate our layers had completely disappeared, forcing us to remove as many layers as we could as quickly as possible before the weather changed its mind. Two groups started a gradual ascent up to the summit of Ben Macdui over the next few hours, with the weather still undecided as to whether it wanted to soak us or overheat us. Meanwhile, another group started by summiting Cairn Gorm, then continuing on to Ben Macdui, the highest point in the mountain range.

Arriving at Loch Etchachan, we found the ground to be a combination of tufts of lumpy grass and bog, definitely not what you want when trying to pitch a tent. The horizontal rain didn’t help, distorting our tents into unnatural shapes and making sure both them and us were as wet as possible. A solution to the tents being blown away was found by placing large rocks onto pegs and guy lines. From the porches of our tents, we had a great view of cloud but entertainment was not thin on the ground – as well as the joys of stove TV (basically just watching your stove as it burns) and seeing people haphazardly run for the cover of their tents on the return from a toilet trip, we were treated with an amazing up close encounter with some wild reindeer. A warm dinner was cooked in the porch of the tents, Chef Esme making an appearance and cooking ravioli with a tomato and basil sauce, extremely welcome to all. 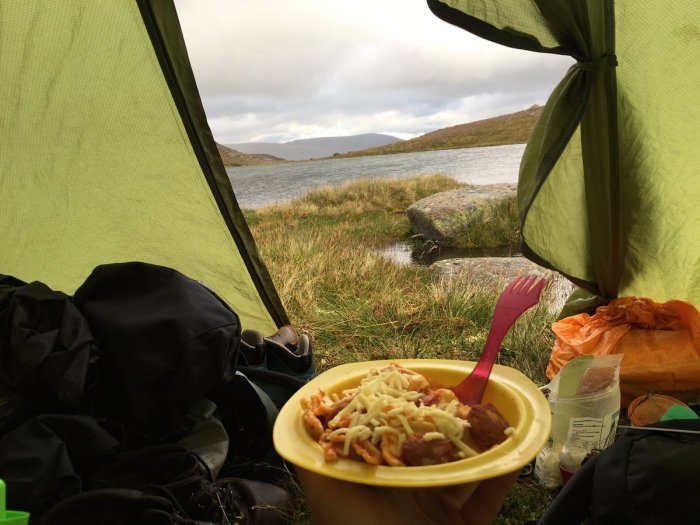 While those who were going wild camping set off on their adventures, the more injured of the Unit were left at camp to find something in the nearby area to do. As we were in a pretty remote area this proved to be harder than we thought, with everything being either outdoors or far too expensive. Eventually it was decided we would visit the Highland Folk Museum, where we ate some very nice ice cream, saw different houses from throughout the history of the Scottish Highlands and met some guys in kilts throwing weights in a traditional Scottish manner. 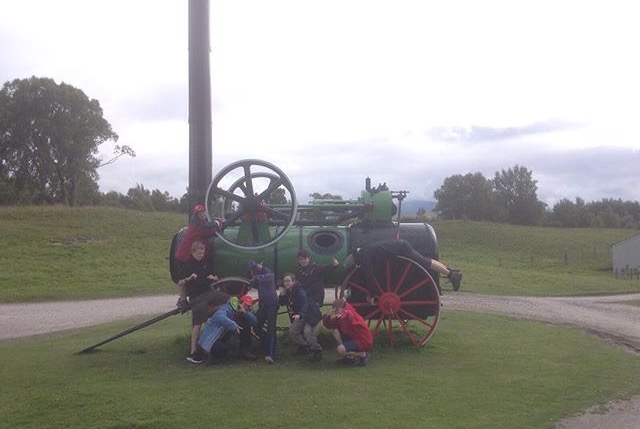 The next morning the Explorers out wild camping woke up in the morning to rain still lashing threateningly at the sides of the tents, and wet boots which were tentatively pulled onto feet that had only just got properly dry. Soggy tents were stuffed into rucksacks and after another reindeer encounter we set off, craving the relative comfort of the main camp. One group decided to trade off kilometres for metres of ascent, hopping up and over the hills instead of going round them, gaining 500m in just a couple hours – unfortunately despite our efforts and much puffing and panting, the cloud we were submerged in managed to obscure any view we may have had – before dropping off down a ridge down to the car park where Phil was waiting for us with the minibus. At the same time, two other groups made their way along the side of Loch Avon, slogging it down a route that was more obstacle course than path.

Those that stayed at camp were treated to a nice lie in (a 9am alarm!), before they gathered themselves together and headed to Loch Morlich, a beautiful loch located close to our campsite. Here we went for a little walk along its shores and through the bordering woodland, before finding a quiet spot to sit and chat (and make sand turtles). Soon enough we heard that our wild campers had started to return and so headed back to the minibuses slightly sandy and rather happy.

Back at camp everyone showered, collected wet kit, and attempted to dry off as much of their stuff as possible, before getting ready for a whole Unit barbecue. This barbecue provided a welcome opportunity for some down time, and we took the opportunity to invest Esperanza into the Unit, before she returns home to Chile in September. We also discovered a great new game, tent tetris, trying to coordinate the sleeping arrangements so that all the Explorers were in dry tents. Eventually, everyone found a relatively dry place to set up their sleeping kit, and we were all soon fast asleep. 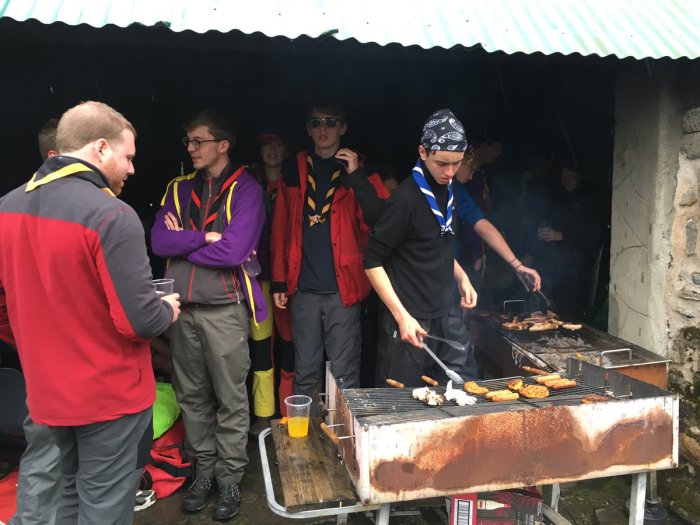 One thought on “Our Scottish Summer Camp – the Cairngorms”