Marlon didn’t like the earlier, briefer version of this sadly, so he forced us to write something that would like be serious or some s**t like that. Here it is.

It all began with a drive to the Peak District with wonderful DJs Magda and Livia playing many ABBA songs which Matthew and Ben were able to sing along with. A brief stop at M&S occurred in order to buy some nice food (50p sushi!). We arrived at 11, and put up the tents. We then had deep chats till 3am.

The next morning we were up at ungodly hour to eat Cookie Crisp. We walked a whole km before beginning planning of “Big Mama’s Breakfast club” (see Magda and Livia for offers and more info). The idea of this most exciting enterprise carried us through many fields, up and down mountain sides, closed footpaths, and along Stanage Edge. 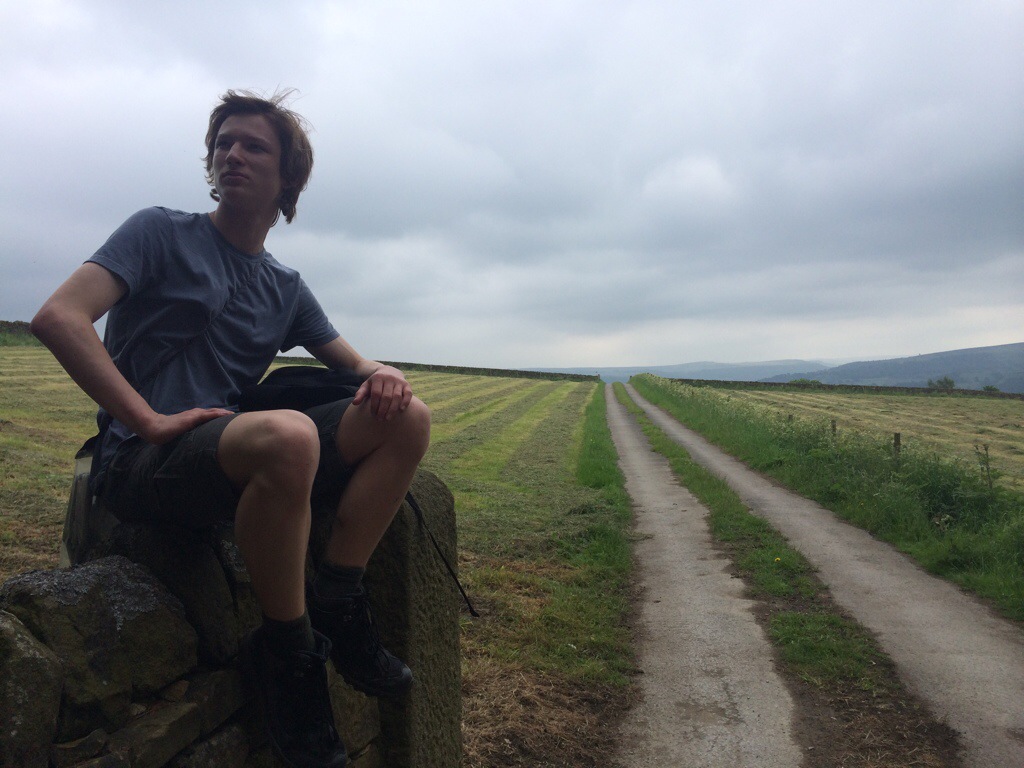 Exciting interlude: saw a wild white rabbit and stopped for numerous photo shoots in which Marlon seriously contemplated jumping to certain death to make a good photo. He was, however, dissuaded, and we have Catherine, Livia and Annie to thank for the continued well being of our dearest Scout leader. 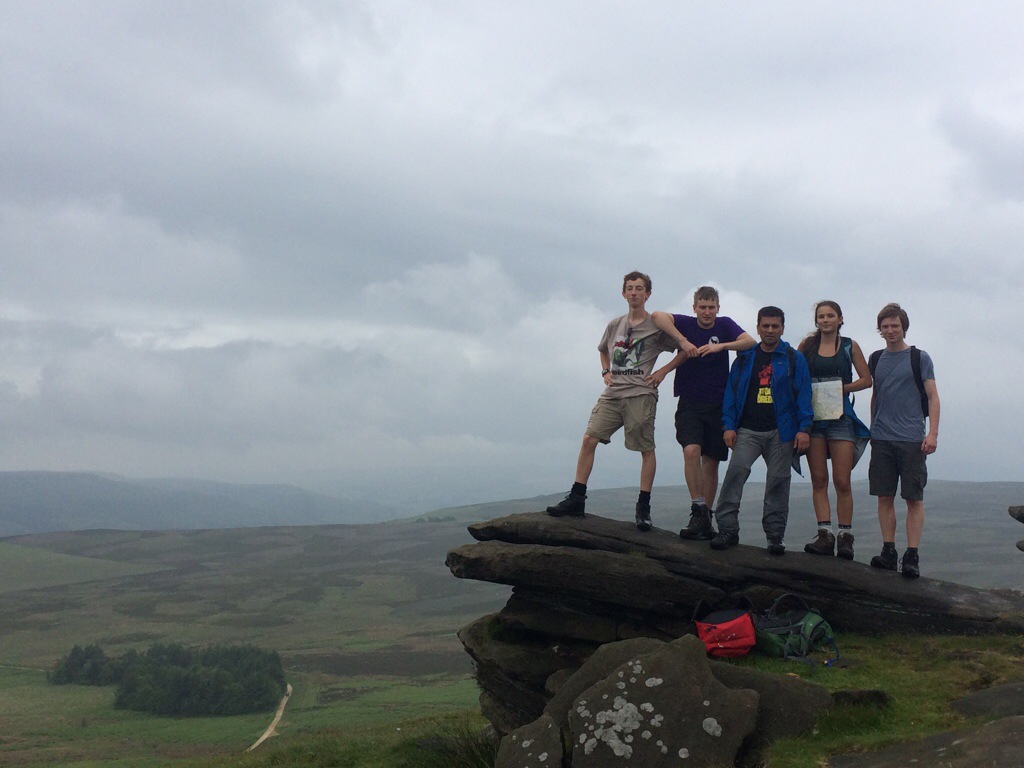 Many kilometres later we stopped for some wild swimming, then had to drink coke afterwards to kill any bacteria. 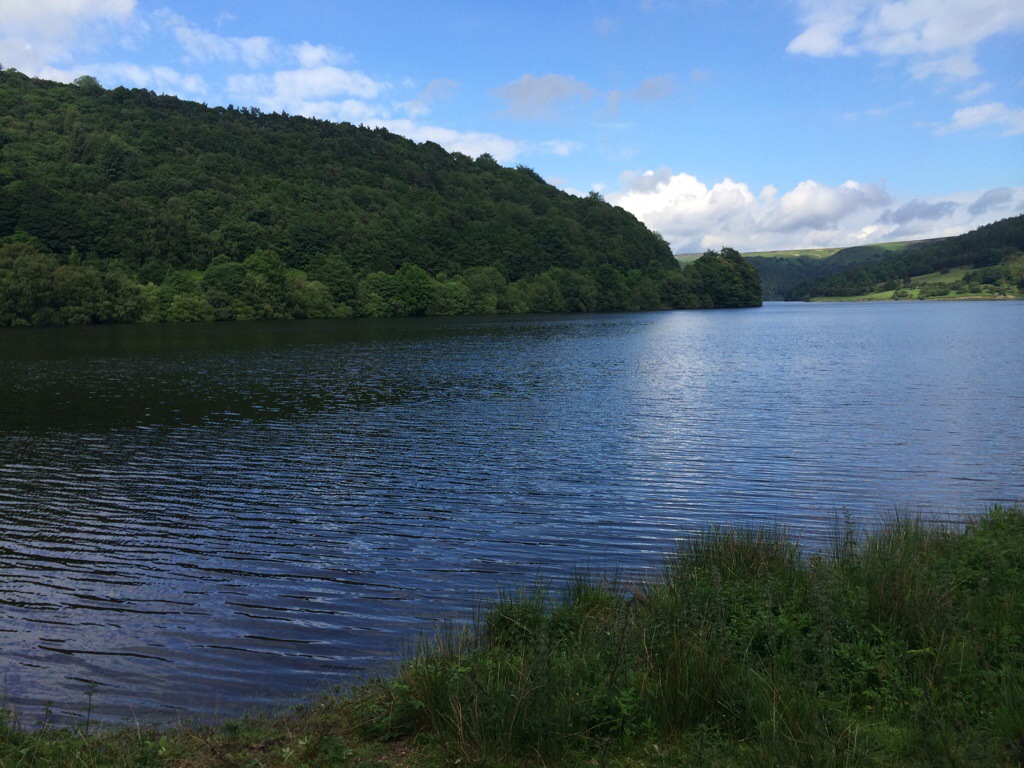 Ben-dubz nearly got us lost on the way back to the campsite, but luckily we were saved by a Northern guardian angel in a dressing gown. I’m not entirely sure how, but Magda somehow sunk up to her knees in mud and had to be pulled out by Good Samaritan Catherine. After 25.7km (at an average speed of 4.5km per hour, according to @ronim’s GPS) we returned to the campsite. We cooked like food and stuff. Annie had repeated breakdowns, but eventually all food was consumed. The Explorers displayed classic efficiency and did all their washing up immediately, while the leaders didn’t, in fact, wash up until late the next morning. The explorers then set up a campfire, which Marlon lit, displaying his FIIIIIIRE skills, to applause from the entire group. Cake was eaten, and funny stories were exchanged (although I’m not sure what since I turned in at 10.30). 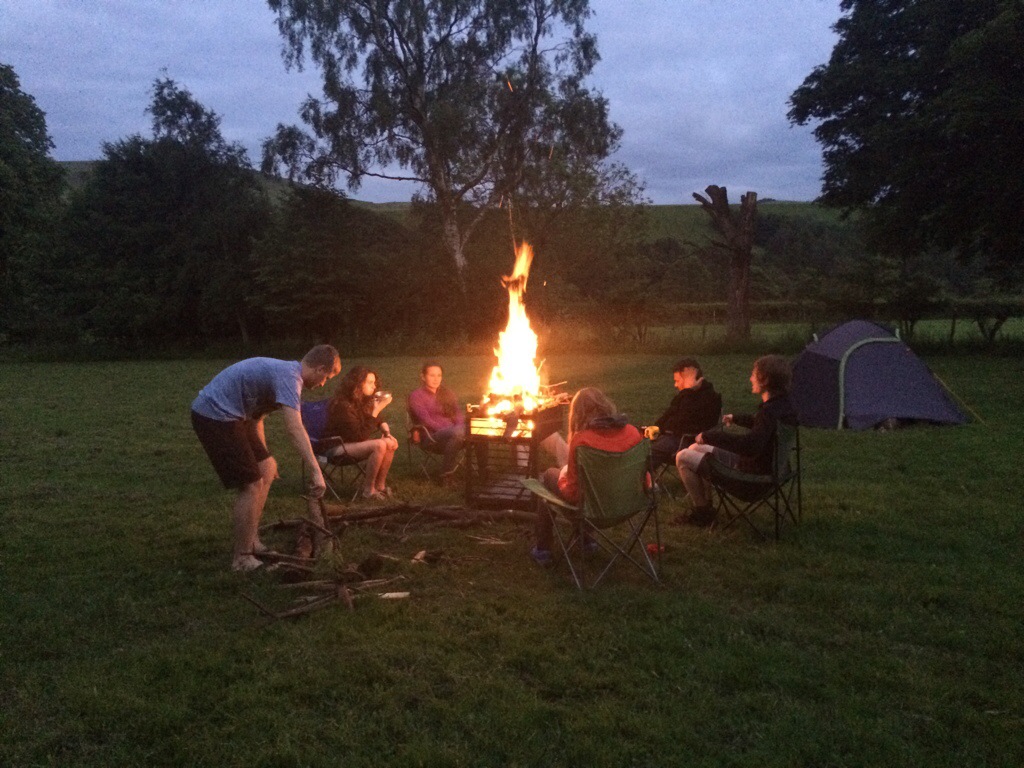 We awakened again from our slumber to the heavenly sight of more Cookie Crisp. As usual, Annie was the last to get up, but thanks to the kindness of the explorers, she was not denied the Cookie Crisp. After a bit of faffing and a fascinating conversation about gay anthems with a random man from the campsite who turned up at our breakfast table – 9 to 5 by Dolly Parton is a classic, apparently – we set off, full of Cookie Crisp and all packed up.

– Walked around Mam Tor, with Marlon testing navigational skills of all explorers and some networkers.
– Saw an incredibly cute calf, which was strangely not appreciated by James.
– Reached the summit. 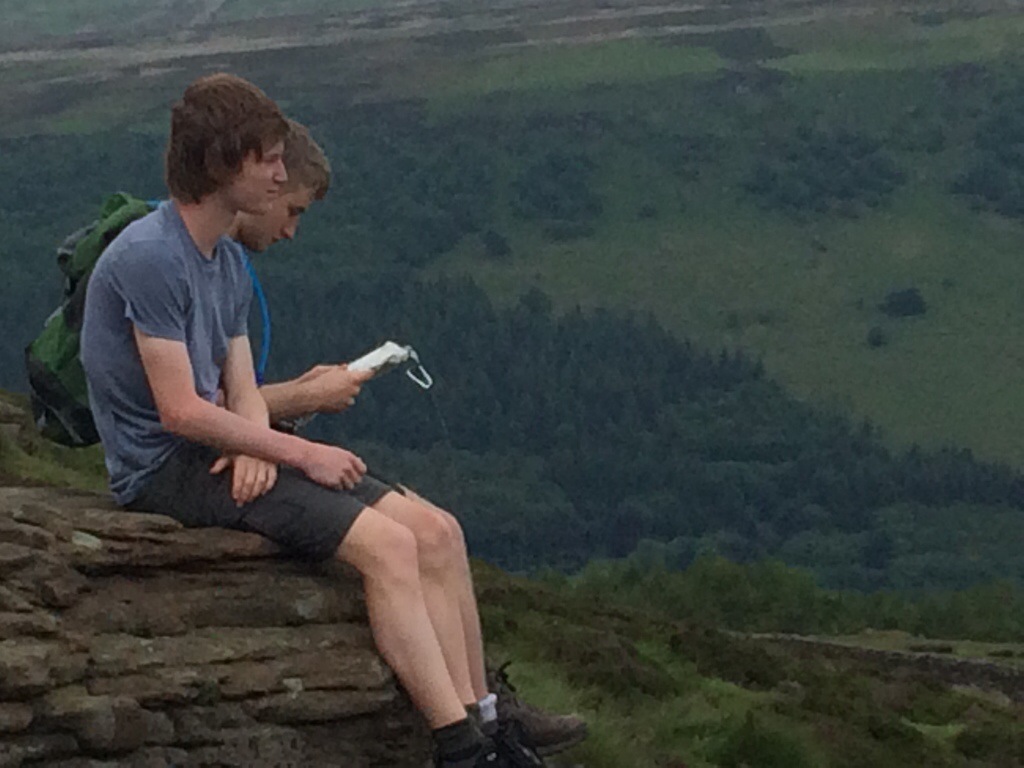 At the summit we met two fat, old amateur radio enthusiasts picking up radio siganls from all over the world whom Marlon got on very well with, leaving the entire group worried about his sanity/future. We then walked down the hill, all the while playfully teasing Annie and then James (though he absolutely deserved it for not appreciating the cute calf). Livia, Magda and Annie ‘got one over’ Marlon while he was filming with the go-pro by reminding him about ‘that time’ so that he (lengthily) turned off the camera. He then, to his indignant fury and frustration, discovered that there was no such ‘time’, and that Livia, Magda and Annie, were, in fact, lying. He displayed his infamous self-control by throwing the £400 go-pro on the floor and shouting at a sheep for ‘laughing at him’ while he stalked off. Slightly further on Matthew marked his territory by relieving himself in a big cavern (see our YouTube channel). Finally we returned to the bus, and picnicked. This picnic saw the coining of #dirtyscout.

Currently on the M1 and are quite worried for the life of the minibus – something about ecletrcity, that and Roni doing Gangnam style while driving….

By Livia and Magda