With many new Explorers having joined us in September, we decided to run a weekend camp to introduce them to the Unit. To give them a taste of what WWESU is all about, we spent one day doing watersports and the other hiking – two classic Wild Wolf activities!

Friday evening saw a group of eager Explorers congregating at Scout Park, piling onto the minibuses and settling in for the drive to Longridge Activity Centre.

Having arrived, we set up camp in record time. Some older Explorers ran the newer ones through how to pitch their tents, while everyone else banded together to put up the jurte.

The next day one of the three teams rose early to cook everyone breakfast. Hindered by the fact all the firewood provided was either damp or still alive (or both!) they eventually managed to get a proper fire going and cook some bacon. That done, all the Explorers pulled on their buoyancy aids ready for a day of paddlesports. The three different teams rotated through sessions of kayaking, canoeing and stand-up paddleboarding. This also provided the perfect occasion for the first launching of our brand new canoes! Seeing the fleet of bright orange boats finally in use on the water really made all the months of hard fundraising worth it (and huge thanks to everyone that contributed their efforts and support to make it possible!)

Leader Phil also took the opportunity to test out his fancy new drone, capturing some pretty cool aerial shots of our site and activities on the water. 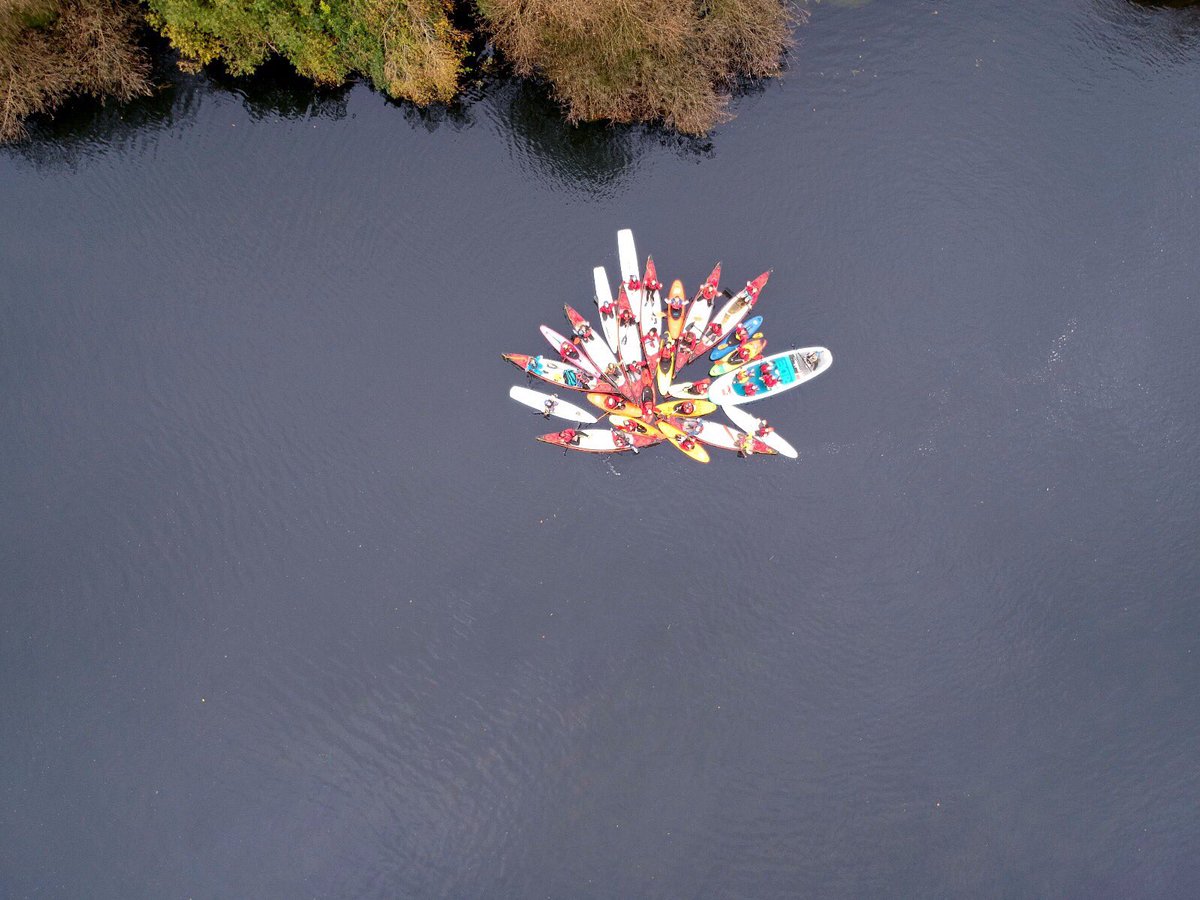 In various states of wetness, all the Explorers congregated around the jurte for lunch, prepared by Team C. After that, we were back on the water, doing a different paddlesport this time. The canoeists canoed, the kayakers kayaked, and the paddleboarders fell in. Everyone, however, had a good time!

Our next break centred around cream teas and hot chocolate, sparking the usual controversial debates – ‘scOnes’ or ‘scOHnes’; jam first or cream first – which got pretty heated. Before things could turn violent, however, we got back on the water for our last session of the day. 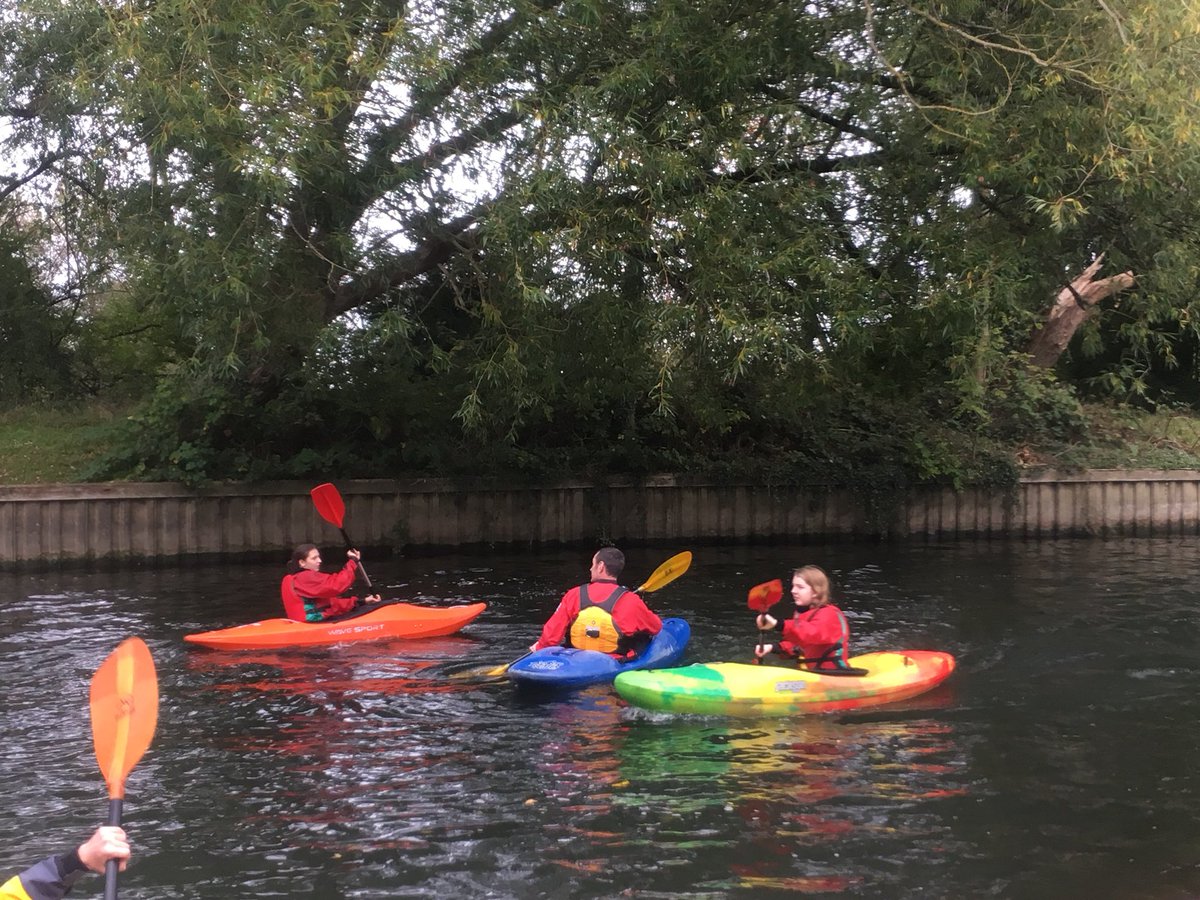 That wasn’t enough watersports for one day, of course. In an attempt to help everyone to achieve their Paddlesports Stage 3 badge, we were all put through capsizing and rescue drills for both kayaks and canoes. This provided plenty of amusement for those watching – until it was their turn! Although some people were at first apprehensive about voluntarily dunking themselves in freezing water, everyone was glad they’d done it eventually – particularly when they got to the final stage: Longridge’s amazing hot showers!

After a hearty barbecue prepared by Team B, we settled down for the night and got some sleep before our long day tomorrow.

The next day we woke up bright and early to get ready for a day of hiking – we had two teams doing a 13km hike and four teams taking on a 17km one. We set off on our hikes at 11am and walked until around 4:30pm. Along the way the groups passed through various checkpoints scattered among the Chiltern Hills.

We finished the day at the Black Park Country Park and piled into the minibuses for the hour-long drive back to Scout Park where we quickly unloaded the minibuses and packed away all the kit.

Overall, we had a fantastic weekend, breaking in new kit, trying new activities and learning new skills. The younger Explorers also had an awesome first weekend away with us – a great introduction to all that we do!