Wales, wild camping, and walking? Sounds like a great way to spend a few days, as some of our Explorers found out this weekend…

The trip began with a long drive and, as is camp tradition, the whole bus joined in singing along to ‘Bohemian Rhapsody’. However, apparently arriving at nearly midnight doesn’t warrant access to the main campsite, so we were confined to the late arrival area beside the river. After a short stargazing session, we all happily headed off to bed.

We arose the next morning and, stubbornly ignoring the grey overcast sky, our spirits were high. After eating an assortment of pastries and freshly baked baguettes (yum), we were on our way. 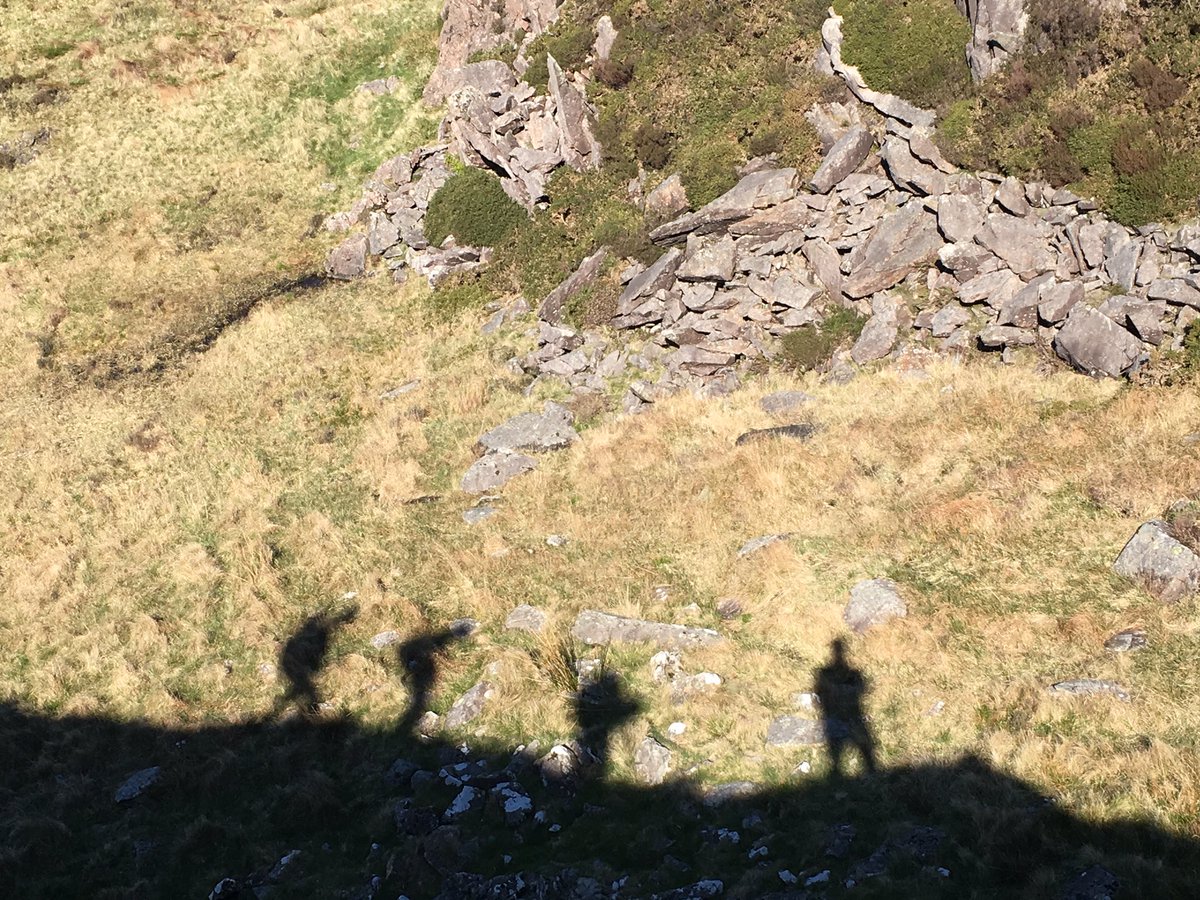 We started our hike by leaving Beddgelert on a relatively flat path that took us by a few of the beautiful surrounding Welsh lakes, but before long we found ourselves trekking uphill through patches of bog disguised as grass. However this gave us the perfect opportunity to practice our micro navigation (and to learn the valuable lesson that field boundaries and footpaths are not always correctly marked on the map!) A few kilometres and a carb loading session later – also known as lunch – we reached a ‘Grand Designs-esque’ farmhouse where we split into two groups… 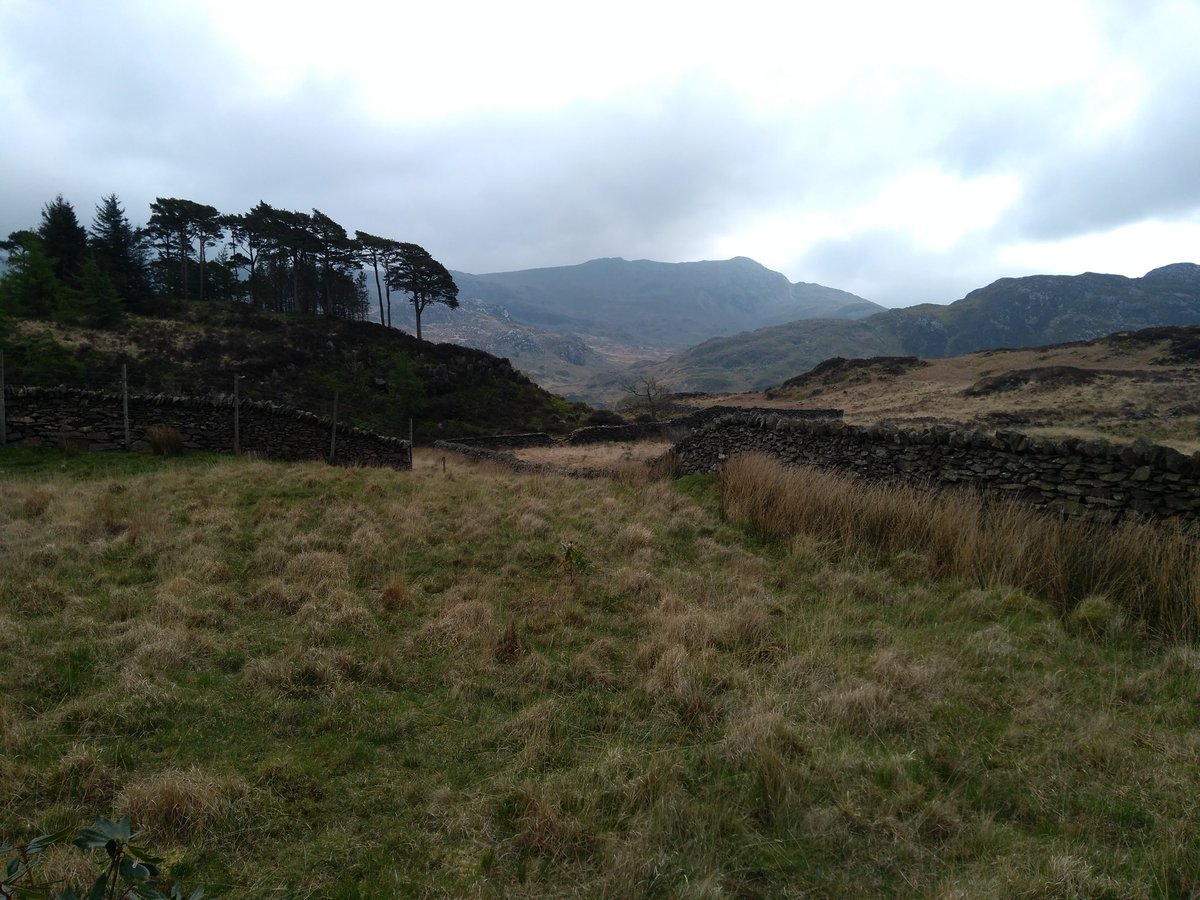 For our group’s route, we each led for a leg to developed our navigation skills. Max led the way first, paving a route though open fields, bogs and streams, following a path which didn’t seem to physically exist. At one point on the hike, Ned got a little thirsty, and, rather than using his water bottle like a normal person, decided to kneel down and use the stream. Purely ‘accidentally’, some well placed boots from the group left him helpless on his backpack, limbs flailing like a beetle.

Continuing our hike, we passed the lovely Llyn Llagl and quickly summited Craig Llyn-Llagl. Whilst we admired the small lake on the summit, Ned endeavoured to jump onto a little island. Not one to think things through, with a running jump he made it, only to realise this would not work on the way back, as there was no room for a runway. With a walking pole crane having extracted his boots from danger, he made the leap. Teenage hormones pumping, he reached the shore, but quickly slipped off, in the the water. After a quick change we continued to our wild camping spot by a lake.

Our group’s adventure was slightly more civilised. Leaving the other group behind we put our micro navigation to the test as we attempted to stay on the correct bearing in order to get to the meeting point. Some non existent field boundaries and ambiguous paths later, we took in the astounding view of Llyn Llagi and wondered about the upcoming evening over a snack of sugar in several forms. Beating the other group to the Llynnau’r Cwn (the meeting point) we decided to scope out all of the potential campsites, eventually deciding on one with a sea view and, most importantly, phone signal. 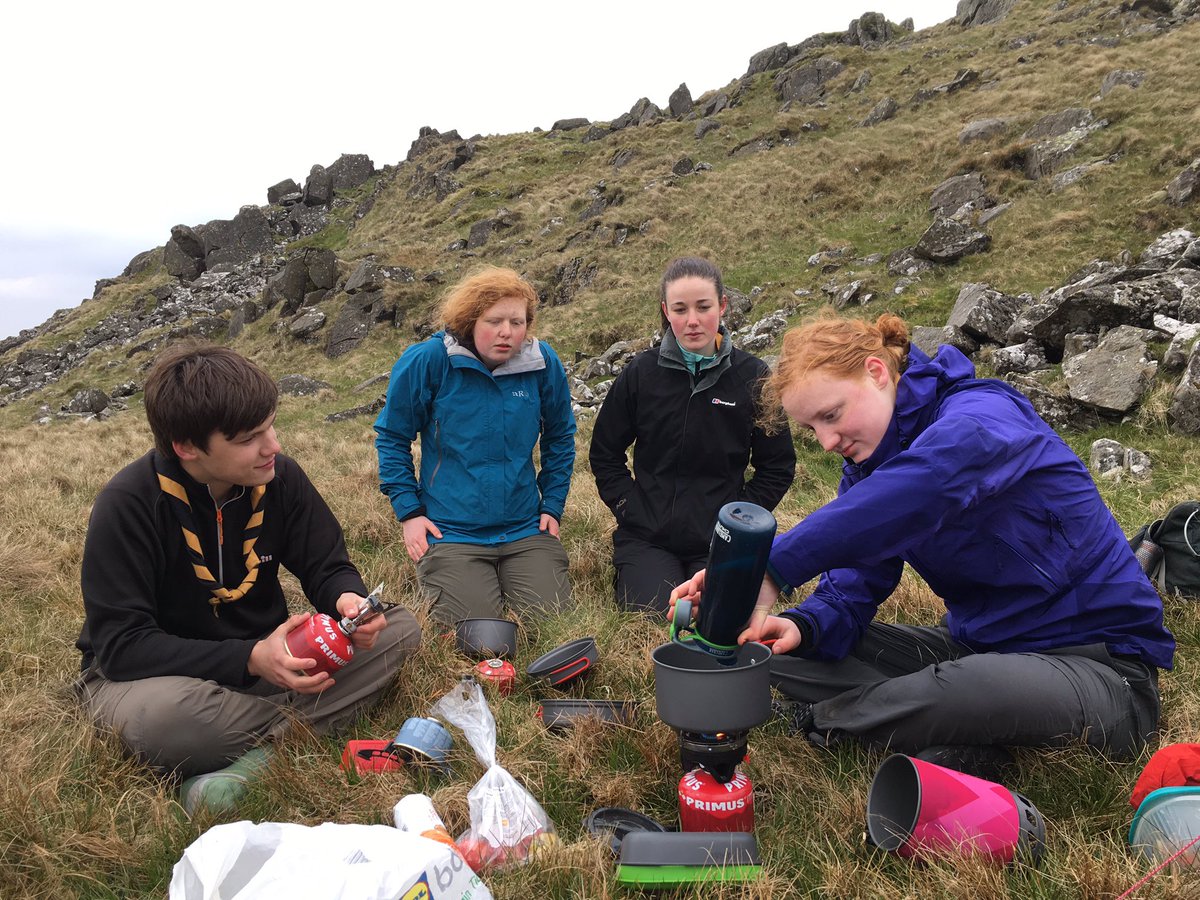 We pitched our tents and most of us spent the following hours cooking dinner and playing newly-invented survival shelter rugby. While washing up in the lake nearby, Will discovered a strange, glow in the dark, jelly-like alien species; soon named the donutus extraterrestrialis. Esme, however, managed to sleep through all this excitement and finally awoke from her nap to find that the rest of us had decided to get an early night. 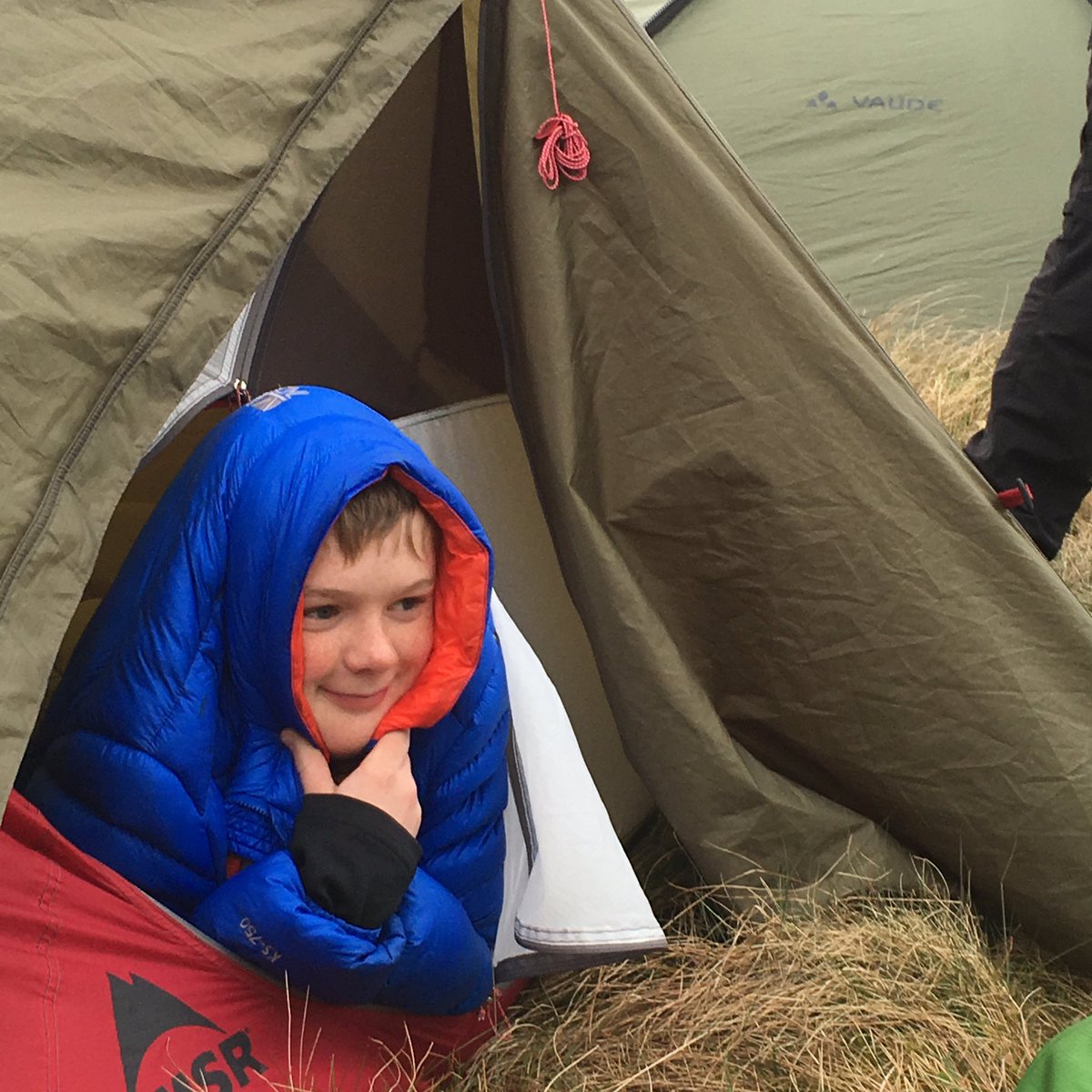 The next morning we were woken up at the ungodly hour of 5:30am, making us all extremely thankful for getting that early night. After striking camp, we set off into the hills looking forward to another day of exploring the Snowdonian landscape. Making the peak of Cnicht just before nine o’clock, we had made good time and so rewarded ourselves with Skittles and other sugary snacks before planning our descent. 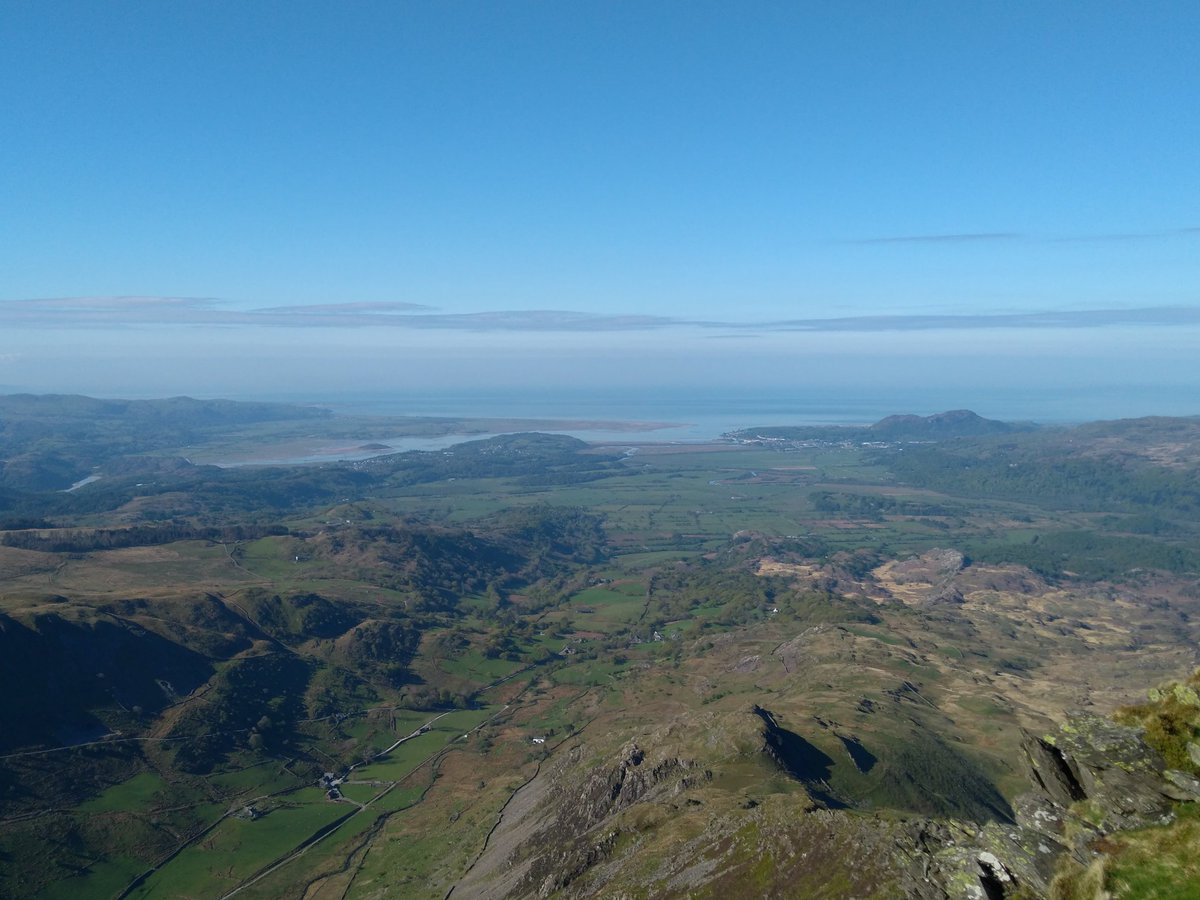 Skree, woods and bog failed to halt us as we crashed through the undergrowth down into the valley, where we gratefully sank into a wooded clearing full of bluebells for lunch.

At Wild Wolf, houmous is an extremely important part of lunch – no, life. However, the pronunciation of the word has become a very controversial issue… hoo • mus, hum• mus and huh • mus were all suggested pronunciations but even relentless debating could not sway anyone’s position. 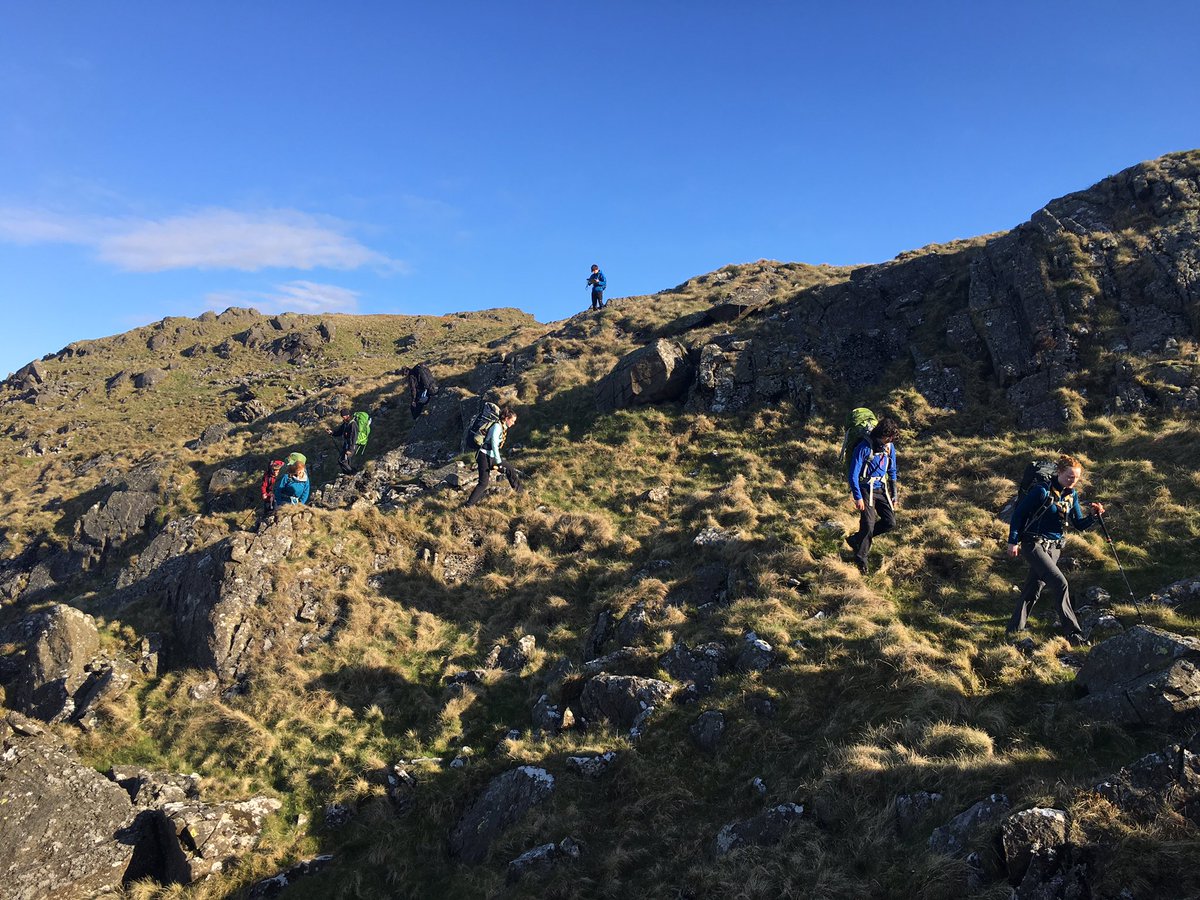 We then set off on the last leg of our hillwalking experience, keeping an eye out for a good swimming spot as we went.

Plunging into the cool depths of the Afon Glasyn cleansed and refreshed us, ready for the journey home. No one was looking forward to another five hours in the minibus; especially when those five hours counted down to the end of another, quite literally, wild and wonderful trip.

Last week, we enjoyed an incredible presentation from a former WWESU Leader about his 5 month experience trekking the Pacific Crest Trail from Mexico to Canada. He shared the challenges and highlights of his trip while answering questions from some inspired explorers!
This week we kicked off our night by watching the mini-movies that we made last week, before playing a fun game called “Spaghetti wars”. Then, we excitedly headed over to the campfire circle to enjoy some fresh hotdogs, campfire songs and toasted marshmallows!
It’s been over a week since the snap, crackle and bangs of our 12th annual fireworks display. Luckily for you, there’s only 300 odd days until our next one, and so we’d love for you to check out our video and blog post all about this years event as we look forward to Fireworks 2023! Click the link in our bio to take you there.
Ever wondered how we prepare for our annual fireworks display? Well, luckily for you, Publicity Team member, Sara, is on the case and has spent this weekend talking to some of our fantastic volunteers.
And that's a wrap! Thank you to all our friends and family who we invited to this years' event for coming along and helping to support the unit. We hope that next year we can return to our full size event!
This half term, 8 of our keenest Explorers took on the Scottish Highlands for our annual hillwalking trip. The challenges of wild camping in difficult weather conditions did not stop us from having a fantastic time and climbing many Munros!